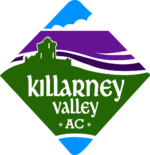 An Athletics Club for all

It was a historic indoor track and field season for Killarney Valley Athletics Club in 2022. This was the first indoor season in two years with 2020 & 2021 being cancelled due to the pandemic, so the appetite for competition was huge amongst our Junior and Senior athletes. Across all the Athletics disciplines we have had athletes in National Finals in Sprints, Middle Distance, Relays, Long Jump, Triple Jump, High Jump, Pole-vault & Throws from which we had 12 National Medalists, 5 athletes 4th place in nationals, 2 in 5th place, 9 Munster Champions, 21 Munster medalists, 2 National League Teams. ( Pictures at end of article)

In January for the first time in our club history we fielded both a women’s and men’s senior team in the Athletics Ireland National League with rounds in both Athlone and Dublin. Our Women’s team of Sarah Leahy, Melissa Ahern, Ellen Moloney, Alison Butler, Grace O’Meara, Rachel Griffin, Ciara Kennelly & Katlyn Moynihan finishing in 10th place overall , while our men’s team of Connor Gammell , Sam Griffin, Karl McCarthy, Dara Looney, Oisin Lynch , Jason O’Reilly , Darragh O’Leary, Jordan Lee & Kevin O’Callaghan finished in 11th. The achievement of our club being able to cover so many events at this national level as a team was always an ambition of ours. The goal was to achieve this by 2024 , so to achieve by 2022 gives us great heart that our sport is definitely on the rise in Killarney.

Our U/19 men’s relay team of Connor Gammell, Karl McCarthy, Sam Griffin & John O’Connor finished in 2nd place in the national final in a blistering fast time of 1 min 32.76 seconds, however had to face the difficult news of a disqualification for a minor lane infringement.

The final event of the indoor season was our Juvenile Kids having their first indoor outing at the Kerry Athletics Indoor Sportshall Games on April 3rd, 34 Athletes testing their skills in sprints, Relays, Shot Put, Speed Bounce & Standing Long Jump. The team finished as the 3rd placed overall club.

The over arching theme for this indoor season has been the sense of “Team”, even though athletics is viewed as an individual sport, we can hold testament that when the culture and ambition is built on “We are Better Together” , then the future continues to be KVAC Rising.

Outdoor Season 2022 coming up fast , just like our crew!.